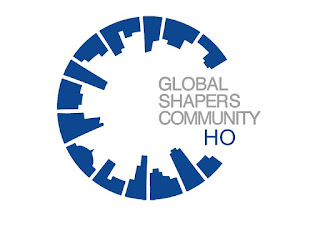 The Ho Hub of the World Economic Forum's Global Shapers community has been busy since its inception, this January, with various projects to impact the Volta Region of Ghana. Global Shapers are passionate young people from diverse backgrounds who work together in geographical hubs to make positive contributions to their communities.

The unique Ho hub is the third one to be set up in Ghana, and I am glad to be a member. Under the leadership of Tsonam Akpeloo, we collaborate to execute projects that truly benefit Ho and its environs.

Below is a round-up of key activities carried out across heath, education, and business to date.

These projects tackled key barriers to well-being at individual and communal levels. They are not ends in themselves. Rather, they represent starting points through which Global Shapers, and other groups of determined changemakers, can contribute to making small or big differences to everyday life in Ho. By being involved in the worldwide Global Shapers community, we stand to benefit from the experiences and insights of international colleagues, while sharing local best practices.

Keep up with Global Shapers Ho hub's activities through the following channels: 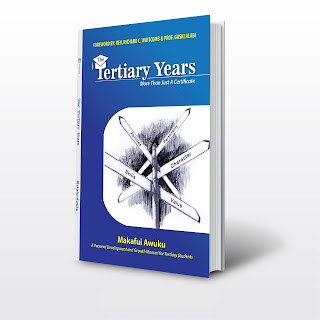 Makafui Awuku through his new book "The Tertiary Years" provides hands-on conceptual tools to help students enhance their post-secondary school education experience. It covers topics such as goal setting, networking, time management, academic research, and financial management. The book is full of hands-on guides, calls-to-action, and illustrations to add clarity and practicality to the message. Clearly, The Tertiary years is a product of the detailed research, careful planning, and efficient execution the author is advocating for. Below is one of the graphics accompanying the text. 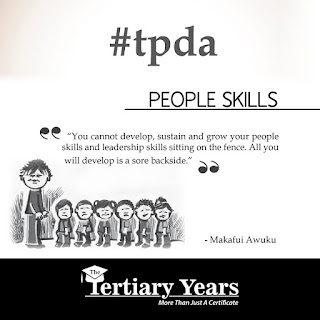 Makafui has been at the forefront of improving education in Ghana through his Students Initiative Ghana workshops, public speeches (including a‪ TEDxLabone‬ feature), and his "The Personal Development Agenda" activism. He also recently supported Junior Camp Internship Programme with a session on Learning and Memory Enhancement.

I contributed an essay on using ICTs to enhance learning at the tertiary level to Makafui's book. It drew on personal experiences to give examples of how students can expand their learning opportunities using technological tools.

If you're a post-secondary student looking for a guide to help you navigate the high seas of academia successfully, this if for you. For school counsellors, career coaches, and mentors, The Tertiary Years is an invaluable addition to your collections. Visit www.studentinitgh.com for more information.
Posted by gamelmag at 12:21 No comments: Links to this post

Innovating with Science and Technology at Accra Science Hack Day 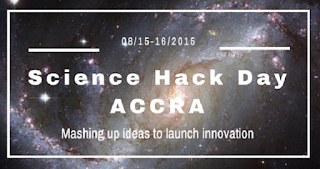 The first ever Accra Science Hack Day, held at iSpace in Osu on 15th and 16th August 2015, brought together students, hobbyists, technologists and science enthusiasts from different parts of Ghana. They worked individually or in teams on interesting projects, either tackling a key societal problem or just having fun with science. It was an interesting learning experience for me, even though I participated as one of the facilitators, alongside Kobe Subramaniam, Anisha Tailor and Myf Owen (from Lab_13 Ghana), and Thomas Tagoe (GH Scientific).

Most of the hackers took a bit of time to arrive at iSpace at the advertised time on Day 1, which appeared to be a slow Saturday, but when they walked in their focus and level of engagement was consistent throughout the period of the programme. I spotted a few former students of mine from my Ketasco days. Lab_13 Ghana had also registered two of the beneficiaries of their hands-on science sessions, Samuel Darko and Perkins Frimpong. The two 14-year olds are pupils of Solid Hope Basic School in the Bosumtwe District.


Kobe and I gave quick five minute lightening talks, after a brief welcome speech by Akua. I touched on citizen science as a tool for research and civic participation. I explained how the research, technology, and civic communities can come together to address challenges such as power cuts, pollution, and transport in Accra. Kobe's presentation was on innovating with micro-controller systems such as Arduino and Rapberry Pi. He used examples from Ghana and elsewhere to illustrate the ubiquity of these systems in an increasingly technological world.


The teams soon got down to business for the rest of Day 1 and most of Day 2.

At the end of Day 2, six teams made presentations:

The judges, Fiifi Baidoo (iSpace), Kobe, and Tom had the unenviable task of picking out the winners from the pack.

Before the results were announced, Tom spoke on a new Wellcome Trust funded initiative we've been cooking up for quite some time now called SHAPE (Shaping Healthy Attitudes and Protecting the Environment). This project, led by GH Scientific, is aimed at engaging Junior High School students to analyse and design solutions to environmental health challenges in Accra.

Back to the main proceedings. Everyone was excited to learn how the teams placed at the end of two days of ideation and prototyping. The third position went to Dumsor Automate, the second to Q-Bay, and quite remarkably, SP Backpack from Lab_13 Ghana placed first! The boys, who earlier won the Boatastic boat-making competition (Titanic 2015), scientists-in-residence, and everyone associated with Lab_13 were over the moon. The win validates the idea of giving learners space to experiment and discover things for themselves.

Overall, the event (#AccraScienceHackDay) was a great one and has the potential to become a mainstay on the Ghanaian tech circuit. Its hands-on nature challenges participants to move away from just talking about problems, and fantasising about possibilities, to actually building stuff, test and receive feedback. Going forward, I would like to see earnest efforts made to sustain the various projects started. Additionally, it'd be really cool to expand the event geographically, so other regions in Ghana will benefit. Hopefully, future events will see more innovations from fields aside electronics. There is huge potential for bio-hacking and data analytics projects in our context.

Huge thanks to iSpace for bringing such a truly remarkable event to Ghana. Commendations also go to Science Hack Day, the global organisers, and EndNote for their sponsorship.

If you were to participate in a Science Hack Day event, what project would you work on?
Posted by gamelmag at 23:22 No comments: Links to this post 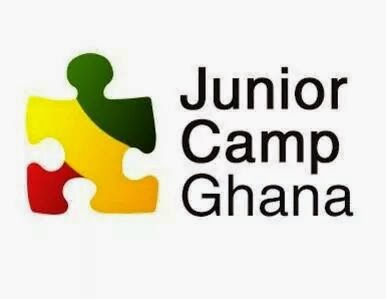 GhanaThink Foundation through its Junior Camp Internship Programme (JCIP) will provide hands-on training and practical work experience to ten lucky senior high school graduates. This pilot programme is scheduled to run from June to August, and builds upon the gains of the Junior Camp initiative launched about two years ago at Keta Senior High Technical School.

The training component will last for two weeks; it consists of four thematic areas: learning & research, communication, leadership & ethics, and entrepreneurship. The programme will then dovetail into the internship proper, which features organisations from different industries. The idea is to match trainees with their hopefully "best fit" organisations. This will allow interns to work on projects they are interested in and learn in the process. 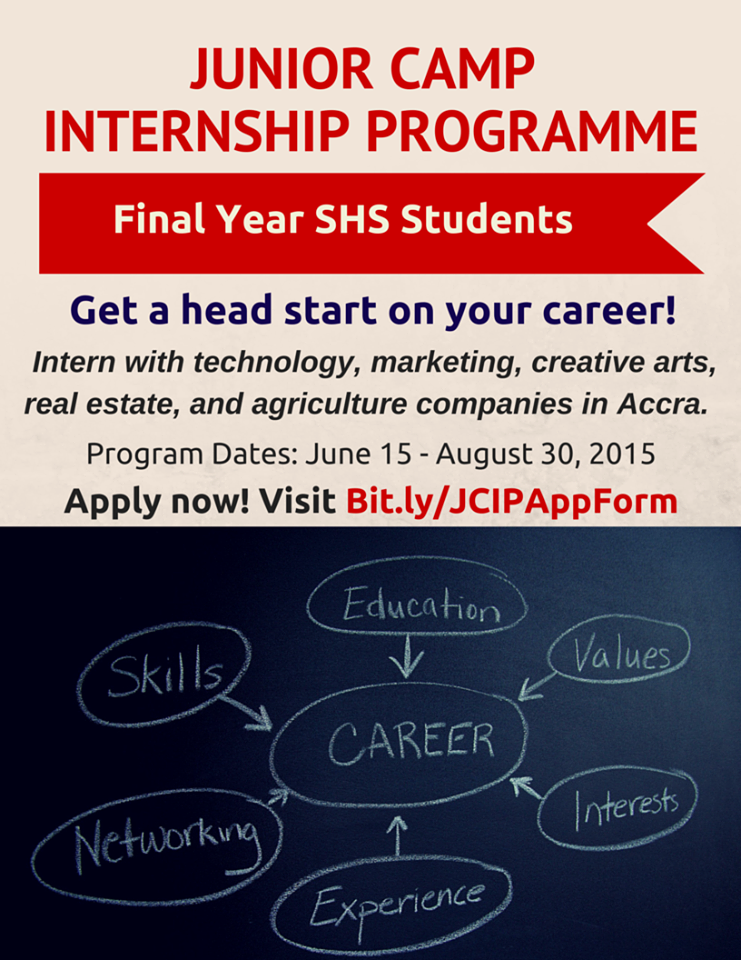 The overall aim of JCIP is to expose participants to a wide range of information, skills, and possibilities so as to build their confidence to face their next line of pursuits. A JCIP alumnus should excel at academic studies in the university, be competent and innovative in a work environment, and lead causes of great social benefit. Above everything, graduates of the programme would develop an insatiable hunger for learning and problem-solving, that will drive their everyday activities.

If you are a final year student in a senior high school, or know someone who may be qualified and interested, kindly visit the application form and be part of this great journey. Application closes on 1st May.

Posted by gamelmag at 09:00 2 comments: Links to this post

gamelmag
I'm a Ghanaian science teacher and upcoming researcher. I'm a specialist in environment and human health, and have built skills in research, computing, project design and development, and communication over the years. I am currently looking for a new opportunity on an environmental sustainability, public health, or education project. Please get in touch if you could use my services. Interests: STEAM = Science, Technology, Education, Africa, Media.